Dogs may be man's best friend, but the bond between two dogs can be just as strong, if not more so. The one forged betweenÂ Weimaraner Harlow and Mini Dachshund SageÂ is prime example.

The two were inseparable, and together, they took the internet by storm, with their adorable adventures. Sadly though, things came to an end when Sage passed at the ripe old age of 13. Devastated by her loss, Harlow was down and out for months. Fortunately though, her story doesn't end there. 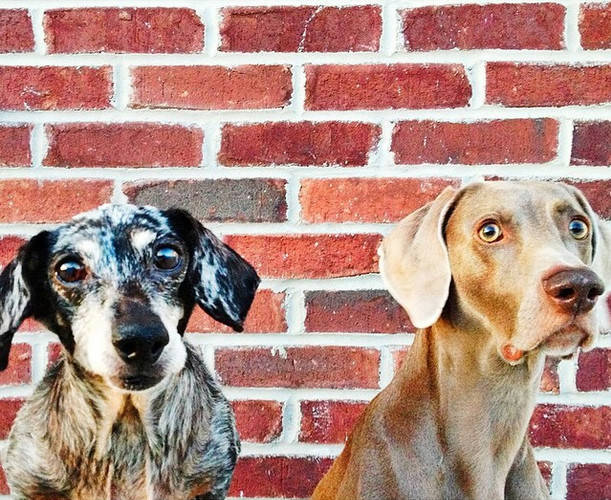 While she missed her dearly, Harlow was soon introduced to a new companion.

That's where Indiana Thunderbolt comes in. 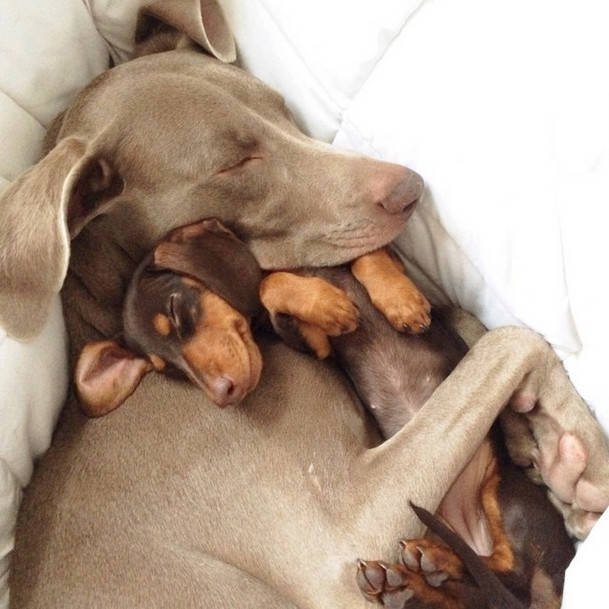 An equally adorable Dachshund with a personality as awesome as her name.

The two quickly bonded, and became the best of friends. 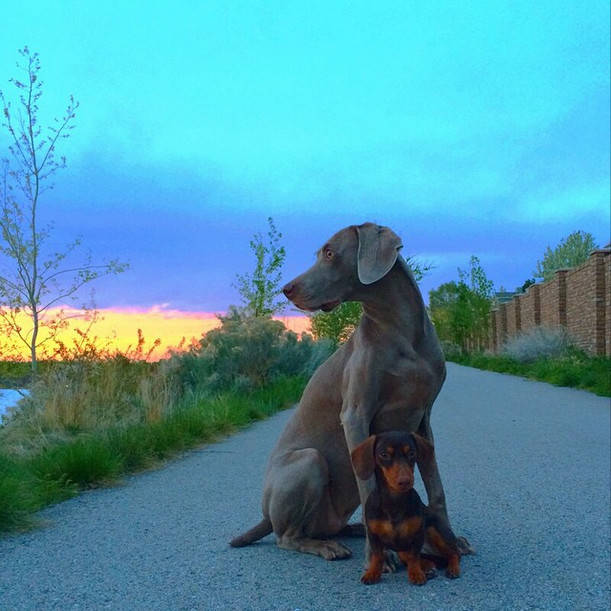 But there was another addition to the family that would soon be made... 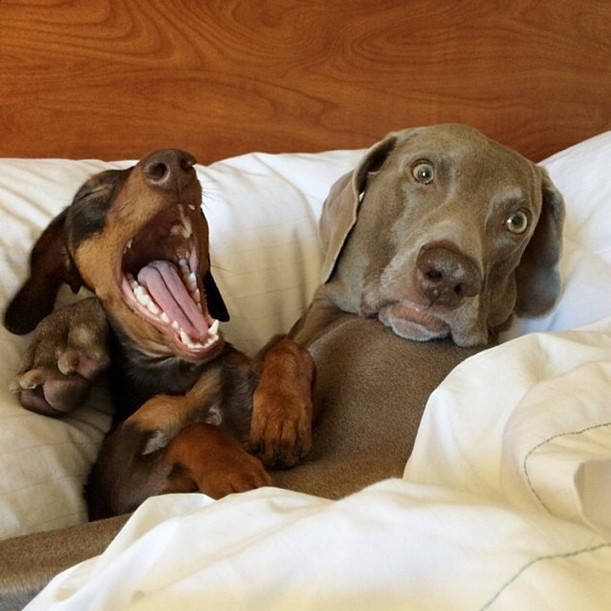 And that's where this precious little pipsqueek comes in, Reese Lightning. 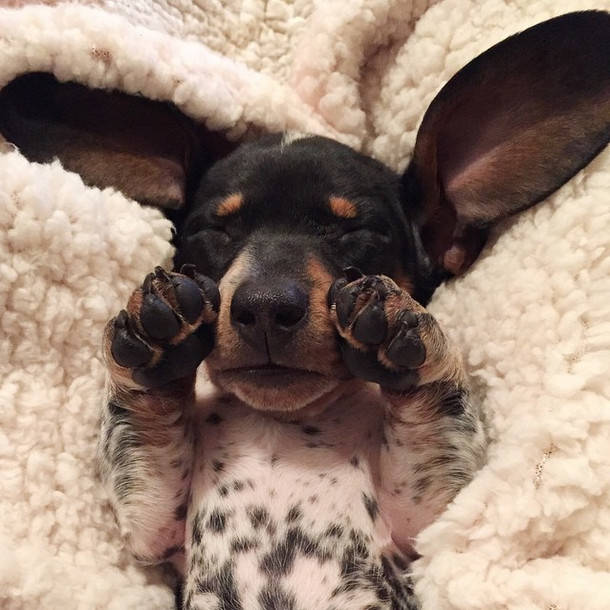 At first, she was a little shy. And understandably, the two were a bit skeptical. 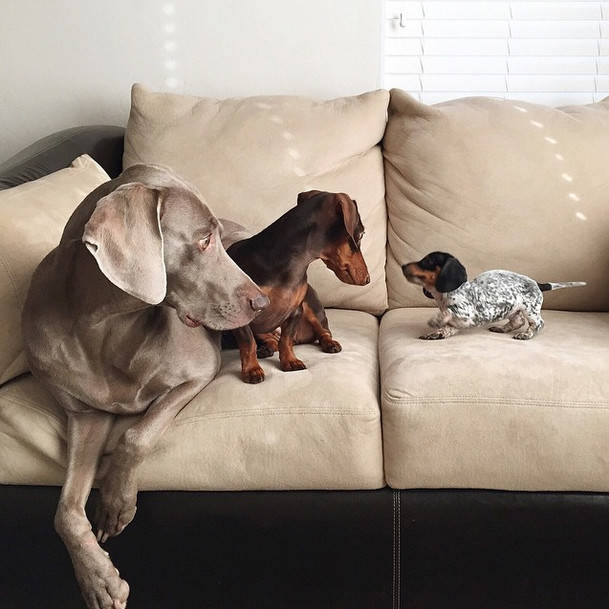 But not long after, the three more than warmed up to each other, and formed a trifecta of friendship. 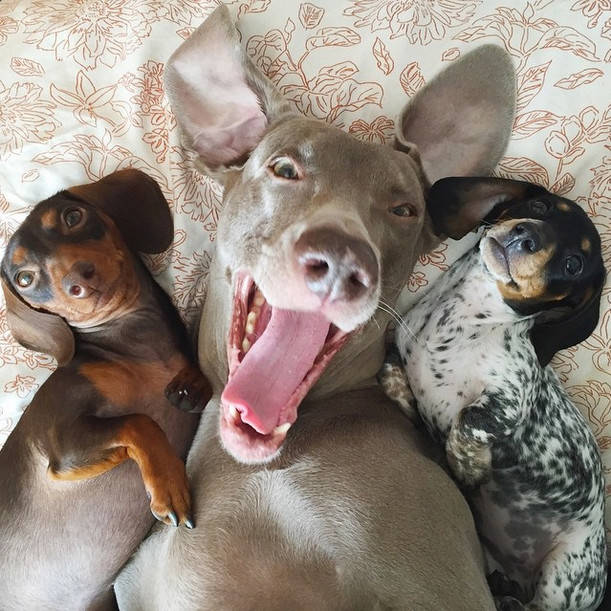 It was almost as if they had been friends in a past life, they bonded so quickly. 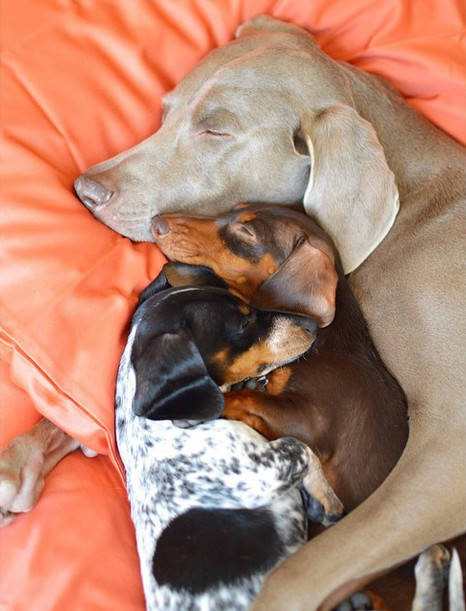 And naturally, Harlow began looking after Reese, like only she knows how. 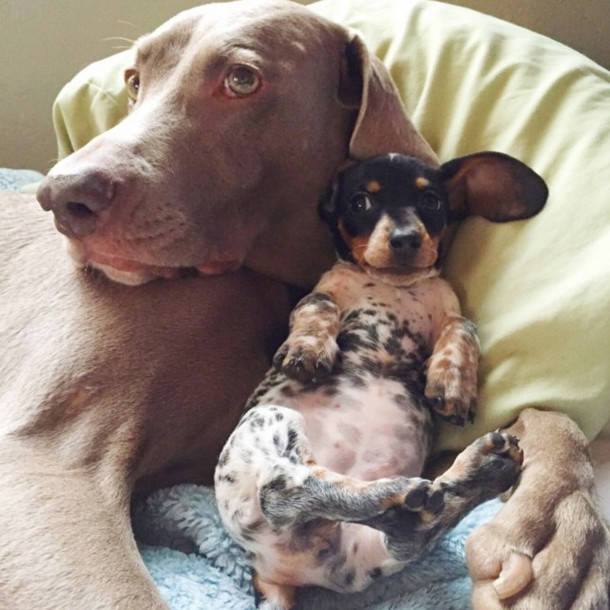 And together, the three are just one big, playful bundle of joy... 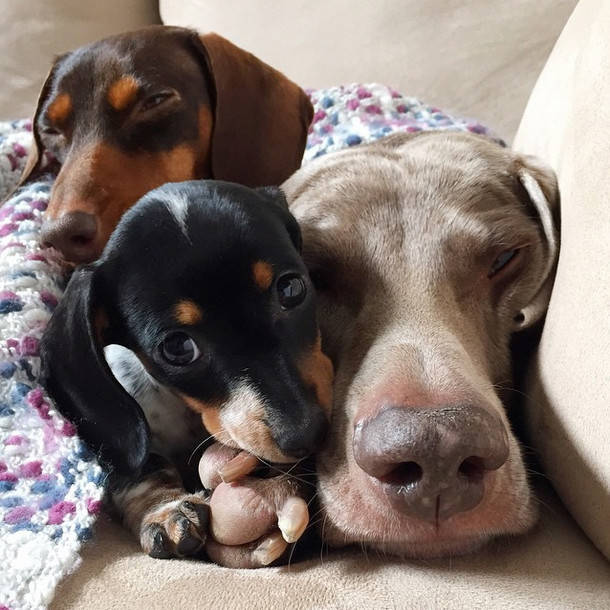 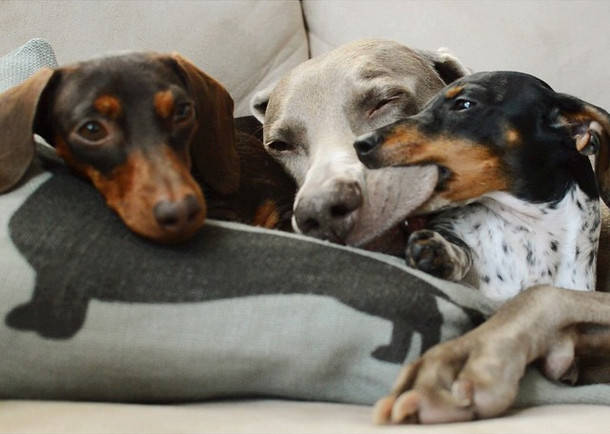 Indiana and Reese even have their own Dachshund adventures. 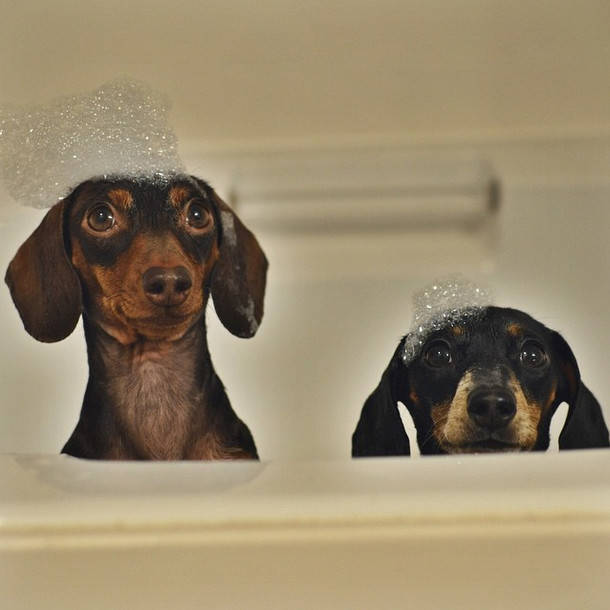 But of course, they enjoy being together most of all. 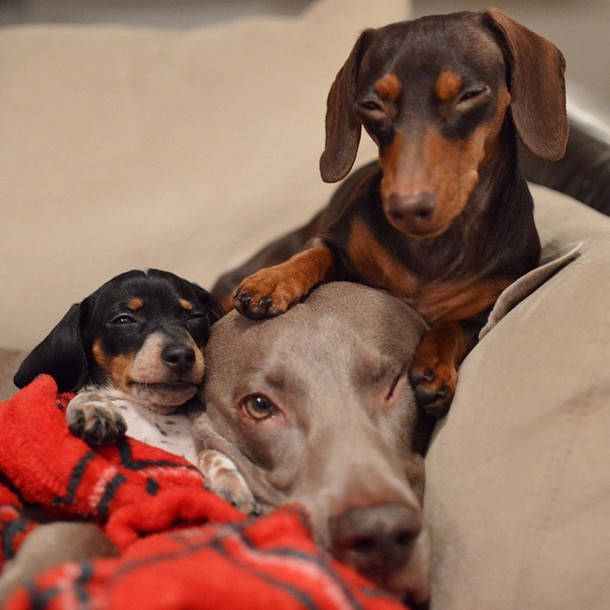 Needless to say, this is one big happy family.